In May, George Floyd was killed by a police officer in Minneapolis. It sparked off a worldwide protest, under the banner “Black Lives Matter, against the many injustices experienced by black people. Although the movement started in the US, the discrimination experienced by black people is all too evident in this country too. Quakers in Disley decided to show their support by putting up their own BLM banner.

On the night of 10th August someone decided to set it on fire, causing damage to the banner and to the heather bed beneath it. We were saddened by this violent response, but heartened by other expressions of support from Disley residents. 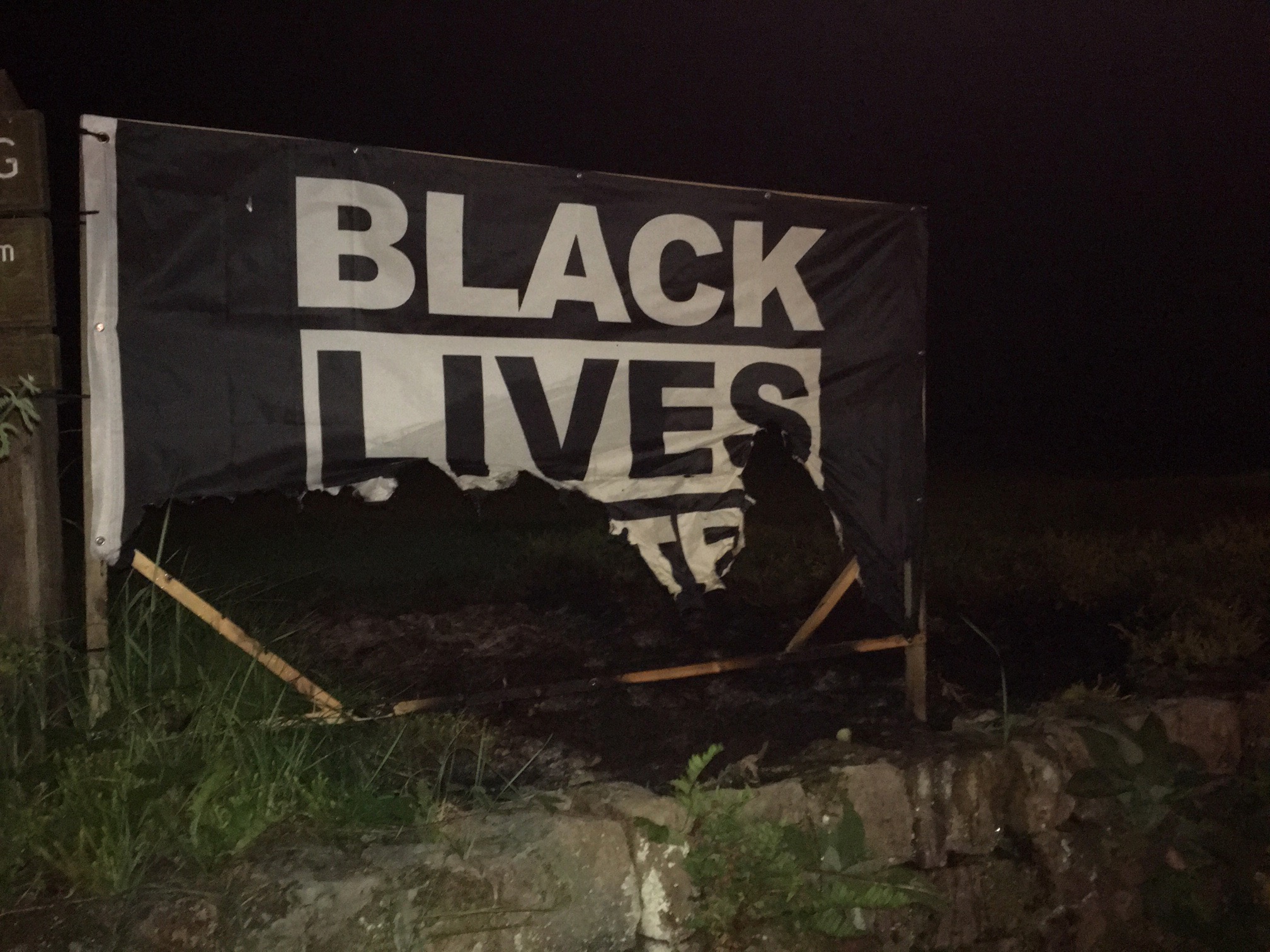 We would welcome a dialogue with whoever carried out this action and, indeed, any other Disley residents who are uncomfortable with our action. For a short while we are putting up a new banner. We are concerned not to encourage another violent response, so it is different from the BLM banner.

BLM banner after the fire.jpeg 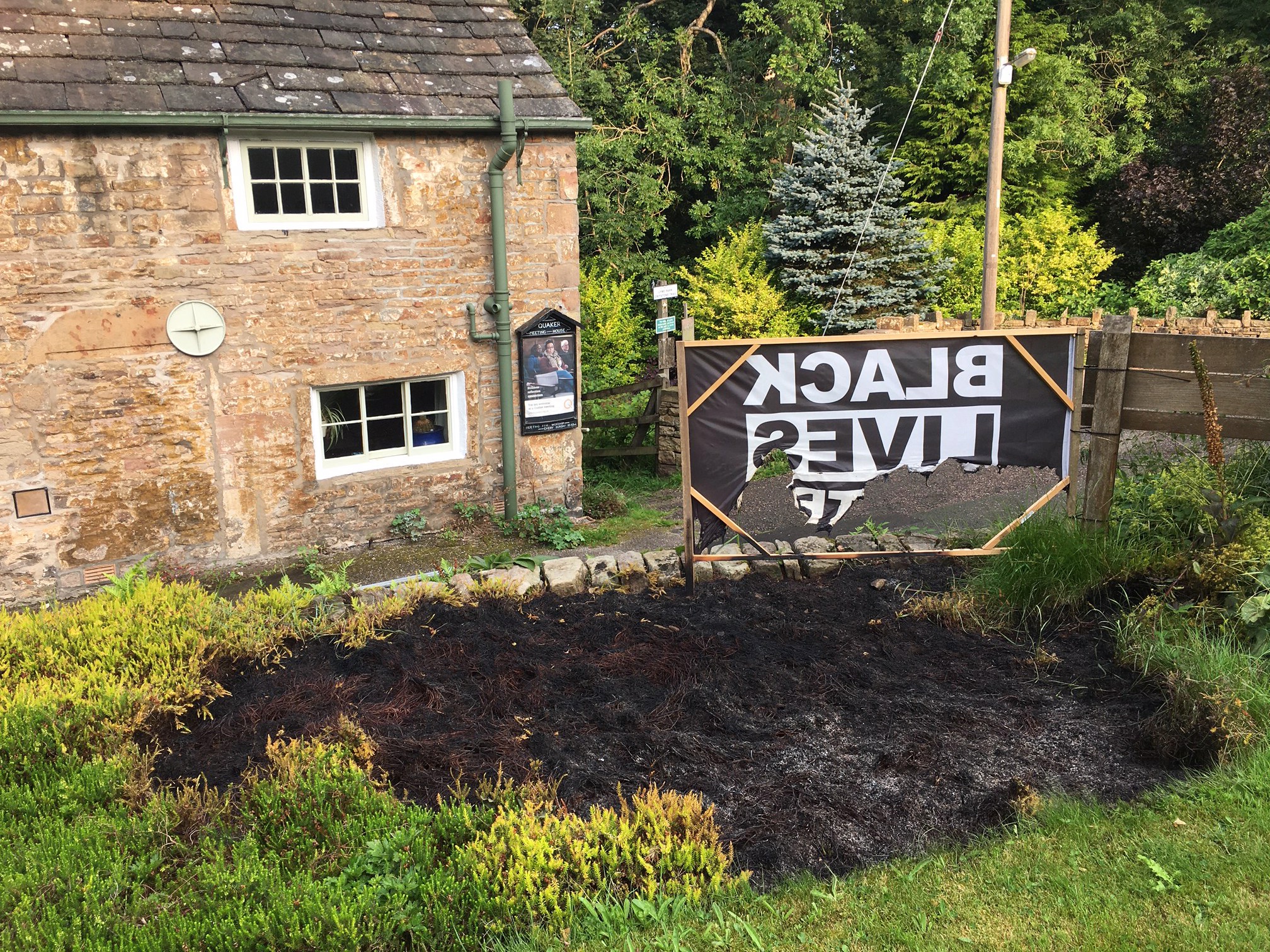 However, we believe it is important to stand up for Quaker values and against racism.  Quakers have a long history of opposing injustice and standing up for those who are marginalised in our society. Our testimonies – to equality, peace and sustainability – inform our actions. Everyone's life matters, but there will not be equality until black peoples lives matter as much as everyone else's.